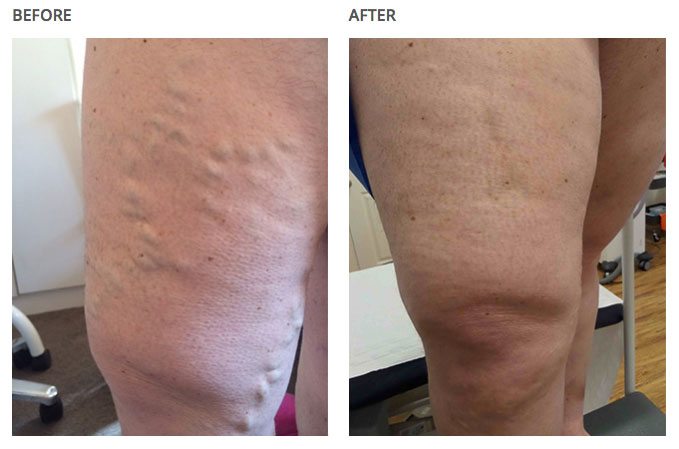 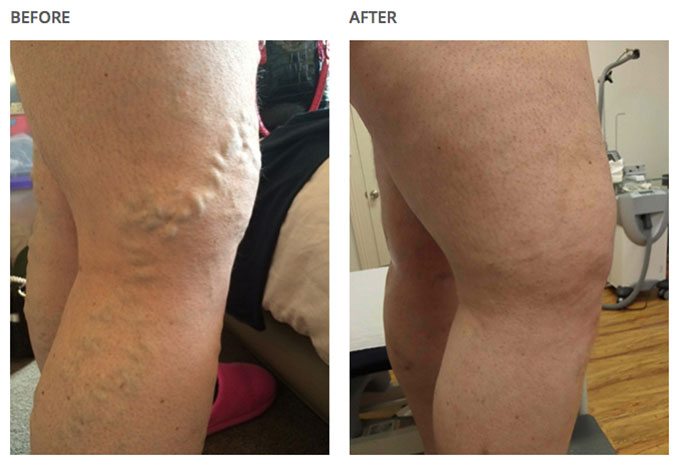 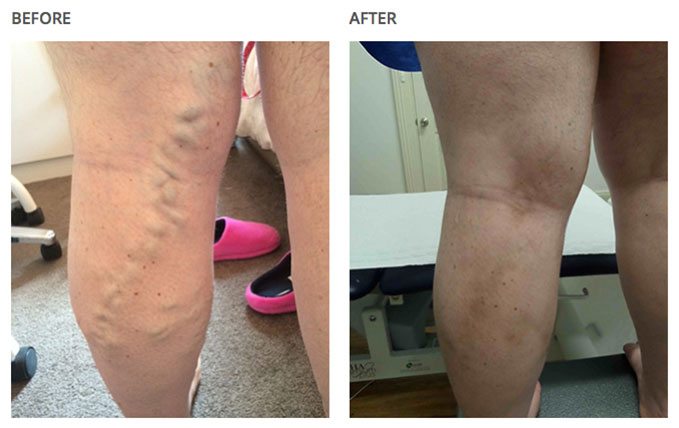 A combination of endovenous laser ablation and foam sclerotherapy treatments were utilised over 2 sessions.

Mild pigmentation can be seen in particular over the left calf which will resolve with time. No further aching was experienced. 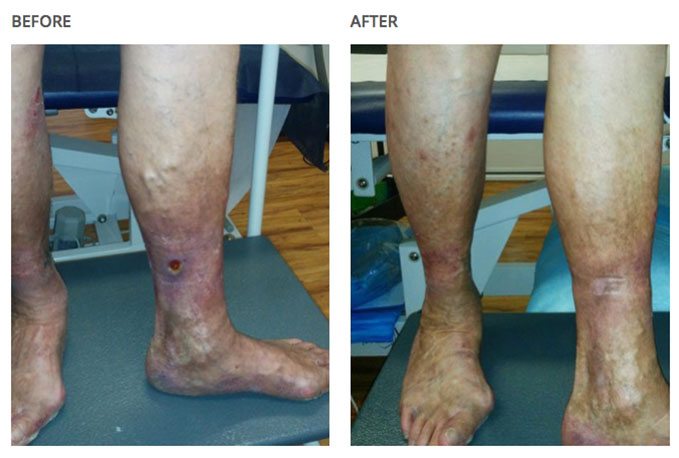 Laser and Injections for an ulcer present for 13 years. This is the extreme end of varicose vein disease.

This 66 year old patient presented with a venous ulcer on his left lower limb present for 13 years on a background of Hepatitis C and history of IVDU. He had refused surgery for the ulcer and was non-compliant with stockings over the years. Clinically assessment revealed an unhealed ulcer with signs of Chronic Venous Insufficiency. Assessment revealed clear left great saphenous incompetence with a tributary directly feeding the ulcer. Endovenous Laser Ablation was performed in conjunction with foam sclerotherapy in 2 sessions at the Vein Institute over 2 months. There was mild phlebitis which settled with nurofen gel after the laser procedure but otherwise no complications. 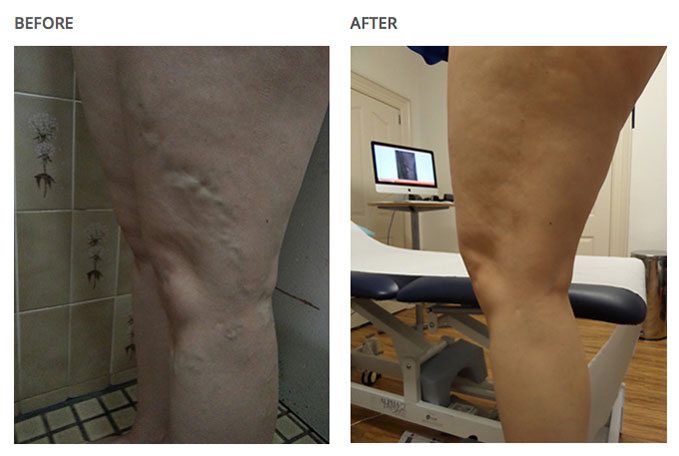 Unsightly varicose veins associated with an ache in particular during summer.

Veins were treated with ultrasound guided foam sclerotherapy over 2 sessions with results 3 months after initial treatment.

Are Your Veins Trying To Tell You Something?

Clinics conveniently located in Sydney, Melbourne, Canberra and Brisbane. Call us today to speak to a vein expert and discuss your needs.